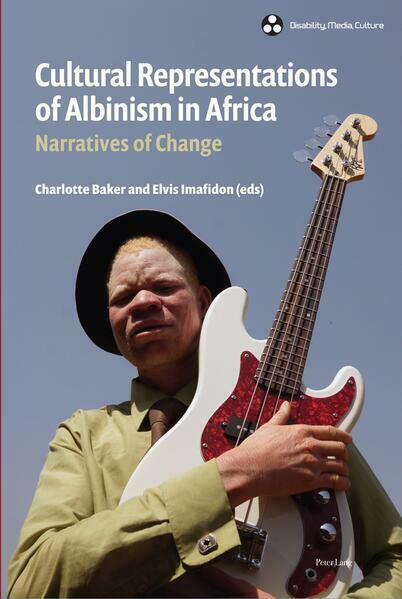 Cultural Representations of Albinism in Africa

«The authors in this inspiring volume focus on the socially transformative potential narrative has to shape understandings of albinism in Africa. Scholars and activists, they reflect on how traditional beliefs, literary fiction, radio, music, photography, film and the arts can bring about social change, and also educate publics about albinism.»
(Carli Coetzee, Editor, Journal of African Cultural Studies)
«Highly intriguing and skillfully nuanced, this book evaluates several methods of advocacy on behalf of people with albinism from Africa, who often face stigma and physical attacks. The result is a rich commentary on what has worked, what didn’t and why. This is recommended reading for anyone engaging in advocacy for any marginalized group in parts of Africa and elsewhere.»
(Ikponwosa Ero, Former UN Independent Expert on the enjoyment of human rights by persons with albinism)
The challenges currently faced by people with albinism in many African countries are increasingly becoming a focus of African writers, storytellers, artists and filmmakers across the continent. At the same time, a growing number of advocates and activists are taking account of the power of cultural representation and turning to the arts to convey important messages about albinism – and disability more broadly – to audiences locally and internationally. This volume focuses on the power of cultural representations of albinism, taking into account their real-world effects and implications. Contributions from academics and albinism advocates range across traditional beliefs, literature, radio, newsprint, the media, film and the arts for public engagement, contending that all forms of representation have an important role to play in building sensitivity to the issues related to albinism amongst national and international audiences. Contributors draw attention to the implications of different forms of cultural representation, the potential of these different forms to open up new discursive spaces for the expression of identities and the articulation or critique of particularly difficult issues, and their potential to evoke far-reaching social change.