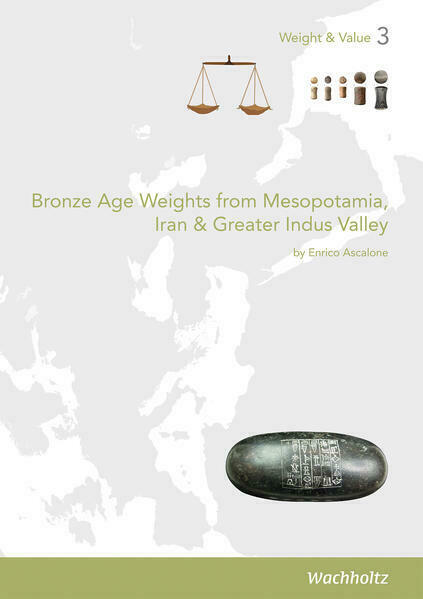 In this volume Enrico Ascalone presents more than 2000 weights, potential weights and other objects – mostly unpublished so far – from 20 Bronze Age sites in Iraq, Iran and India. It includes ca. 750 weights from Susa in south-western Iran and nearly 900 weights from Dholavira, Kutch district, in India. The typology, material, archaeological context and metrology of the objects is discussed. For the first time a large number of weights from the Mature Harappan culture is presented in detail. The investigations were made possible by various partners in the Iran, India and France (Louvre) and were funded by the ERC-2014-CoG 'WEIGHTANDVALUE: Weight metrology and its economic and social impact on Bronze Age Europe, West and South Asia' [Grant no. 648055].