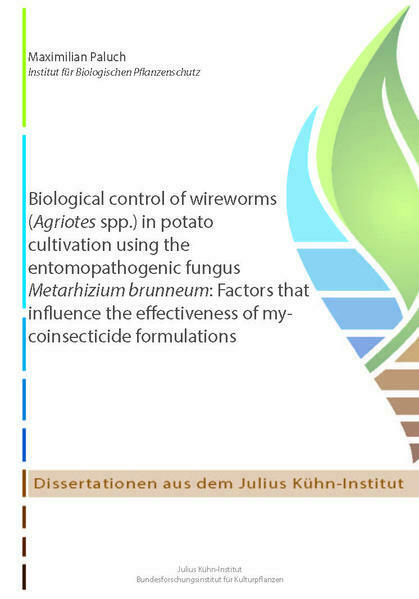 Agricultural production of field crops is one of the most important tasks to feed the growing human population. Since suitable cultivation areas are limited, crop protection plays a key role in the efficient use of existing fields by controlling weeds, microbial pathogens, viruses and animal pests. Among animal pests, insects cause by far the greatest economic losses by crop damage through infestation of above- or belowground plant parts. An example of soil-dwelling pest insects are wireworms, the larvae of click beetles (Coleoptera: Elateridae), which are considered important pests in potato cultivation worldwide. In Germany, wireworms of genus Agriotes, with the most widespread species A. obscurus, A. lineatus and A. sputator, pose a serious threat to farmers producing fresh potatoes. Since the European Commission has banned effective agrochemicals for plant protection due to their harmful effects on the environment, wireworm control in potato cultivation is limited. In search for sustainable alternatives in the integrated pest management, biological control of wireworms using entomopathogenic fungi seems promising. However, although pathogenicity of Metarhizium brunneum isolates against wireworms of the genus Agriotes has been confirmed and various mycoinsecticide formulations have been developed, the effectiveness in field use varied considerably and the exact causes are poorly understood. In the present dissertation, the wireworm control potential of two new formulations based on the entomopathogenic fungus M. brunneum was investigated in more detail. A granule (AgriMet-Granule) and a wettable powder (AgriMet-Dry Product) were tested for soil application during potato planting to reduce the respective wireworm population as part of an inoculative biocontrol strategy. Prior to the field trials, laboratory assays with the AgriMet-Granule showed that the required contact between infectious conidia and the larvae was likely to occur, since an attracting effect of the formulation on A. obscurus, A. sputator and A. lineatus was observed using a Y-Olfactometer. In addition to the olfactory preference to the AgriMet-Granule, the larvae accepted the carrier as food source, which emphasised the control potential of the granule formulation. The AgriMet-Dry Product did not contain any additional attractants and was expected to be effective by being evenly sprayed in the furrow of the potato ridge with the potato seed dressing. However, application of the AgriMet formulations during potato planting was limited by the compatibility of the formulated M. brunneum isolate with only one active ingredient of the fungicide seed dressings commonly used in potato cultivation. Another shortcoming of the formulation properties of the mycoinsecticides tested was the loss of fungal viability after storage and shipment, which was observed in quality control tests. Despite these technical obstacles, the effectiveness of the AgriMet-Granule and the AgriMet-Dry Product was tested in a multi-year field trial (2018-2020) and a significant reduction of wireworm tuber damage was observed. However, the effectiveness was relatively low and varied between years. Adequate effectiveness of the desired inoculative biocontrol strategy required fungal proliferation at the target site, but this was not observed by determining the colony-forming units of Metarhizium spp. after application of the AgriMet formulations in the potato ridge. An important factor affecting fungal proliferation was the low soil temperature (< 17 °C) during application in spring. The insufficient rhizosphere competence of M. brunneum at low soil temperatures poses great challenges to the intended use of the mycoinsecticides at potato planting in April or May. In addition to this ecological problem, an intrinsic factor influencing the effectiveness was identified when testing the appropriate application rates of the formulations in standardised greenhouse and laboratory bioassays. Besides the high application rates required to protect potato tubers, it was found that the used M. brunneum isolate exhibited differences in virulence against A. obscurus, A. sputator and A. lineatus, with A. obscurus being the most sensitive. Considering mixed wireworm populations on a given infested area, the application of mycoinsecticides based on a single M. brunneum isolate with differences in virulence against the most important wireworm species seems unsuitable. Therefore, the combined treatment of two Metarhizium spp. isolates, each with a specific virulence profile, were tested to enhance the effectiveness in field use by targeting multiple wireworm species to the same extent. Although additive effectiveness against A. obscurus and A. sputator was observed with almost equal survival probabilities after the combined treatment, differences in the proliferation performance of the tested isolates pose challenges for subsequent formulations. The identified technical, ecological and intrinsic factors demonstrate the complexity of using the entomopathogenic fungus M. brunneum against wireworms in potato cultivation and must be considered in the future development of marketable mycoinsecticides. The commercial success of mycoinsecticides depends on the creation of a lethal potential at the target site against the most important wireworm species, which is why the application should be embedded in the holistic agronomic system to create suitable conditions for the fungal mode of action and thus effective wireworm control. 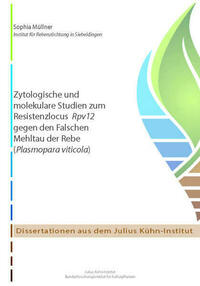 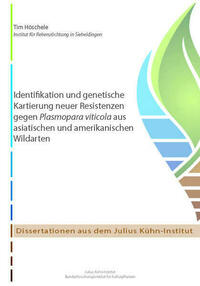 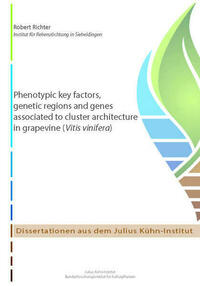 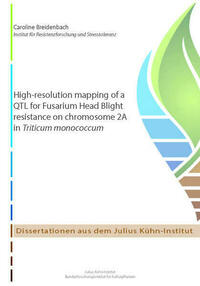 High-resolution mapping of a QTL for Fusarium Head Blight resistance on chromosome 2A in Triticum monococcum
Caroline Breidenbach
€ 13,40 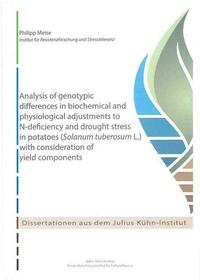 Analysis of genotypic differences in biochemical and physiological adjustments to N-deficiency and drought stress in potatoes (Solanum tuberosum L.) with consideration of yield components
Philipp Meise
€ 13,40 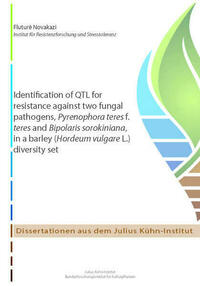 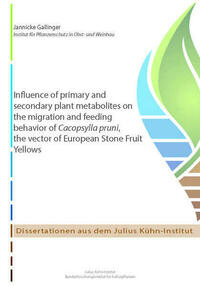 Influence of primary and secondary plant metabolites on the migration and feeding behavior of Cacopsylla pruni, the vector of European Stone Fruit Yellows
Jannicke Gallinger
€ 13,40 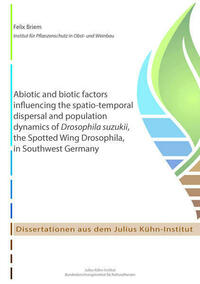