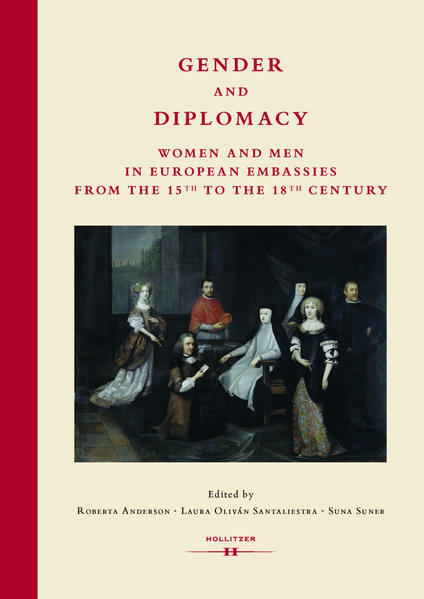 Women and Men in European Embassies from the 15th to the 18th Century
€ 75
Kurzbeschreibung des Verlags:

This anthology features the proceedings of Don Juan Archiv Wien’s symposium organized in March 2016 in cooperation with the University of Vienna and STVDIVM FÆSVLANVM. It introduces contributions which focus on and investigate ‘gender’, a lesser studied aspect in studies of diplomatic history. The term ‘gender’ quintessentially is associated with and suggests at first hand ‘the female’; acknowledging this, the volume endeavours to provide a balance of both genders, and does so by looking at the cult urally relevant aspects of the male gender as well as considering both genders in their interwoven network of relationships; that is in marital, cultural, diplomatic contexts. The volume features the
following chapters: Women as Diplomatic Actors, Diplomacy of Queens, The Birth of the Ambassadress, Stages for Male Diplomacy.