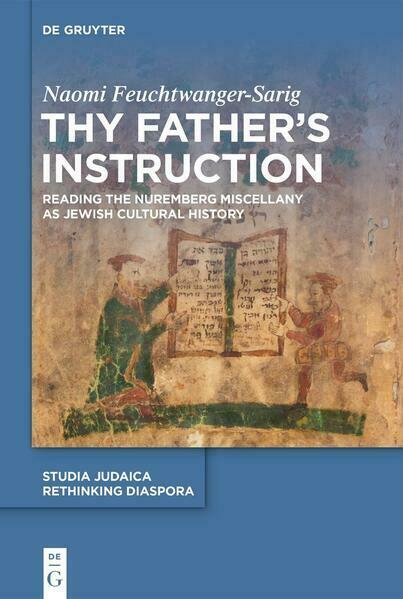 The Nuremberg Miscellany [Germanisches Nationalmuseum Nürnberg, Bibliothek, 8° Hs. 7058 (Rl. 203)] is a unique work of scribal art and illumination. Its costly parchment leaves are richly adorned and illustrated with multicolour paint and powdered gold. It was penned and illustrated in southern Germany – probably Swabia – in 1589 and is signed by a certain Eliezer b. Mordechai the Martyr. The Miscellany is a relatively thin manuscript. In its present state, it holds a total of 46 folios, 44 of which are part of the original codex and an additional bifolio that was attached to it immediately or soon after its production. The book is a compilation of various Hebrew texts, most of which pertain to religious life. Others are home liturgies, Biblical exegeses, comments on rites and customs, moralistic texts, homiletic and ethical discourses, and an extensive collection of home liturgies, its major part being dedicated to the life cycle. The unparalleled text compilation of the Nuremberg Miscellany on the one hand, and the naïve, untrained illustrations on the other hand, are puzzling. Its illustrations are hardly mindful of volume, depth or perspective, and their folk-art nature suggests that an unprofessional artist, possibly even the scribe himself, may have executed them. Whoever the illustrator was, his vast knowledge of Jewish lore unfolds layer after layer in a most intricate way. His sharp eye for detail renders the images he executed a valid representation of contemporary visual culture. The iconography of the Nuremberg Miscellany, with its 55 decorated leaves, featuring 25 text illustrations, falls into two main categories: biblical themes, and depictions of daily life, both sacred and mundane. While the biblical illustrations rely largely on artistic rendering and interpretation of texts, the depictions of daily life are founded mainly on current furnishings and accoutrements in Jewish homes. The customs and rituals portrayed in the miscellany attest not only to the local Jewish Minhag, but also to the influence and adaptation of local Germanic or Christian rites. They thus offer first-hand insights to the interrelations between the Jews and their neighbors. Examined as historical documents, the images in the Nuremberg Miscellany are an invaluable resource for reconstructing Jewish daily life in Ashkenaz in the early modern period. In a period from which only scanty relics of Jewish material culture have survived, retrieving the pictorial data from images incorporated in literary sources is of vital importance in providing the missing link. Corroborated by similar objects from the host society and with descriptions in contemporary Jewish and Christian written sources, the household objects, as well as the ceremonial implements depicted in the manuscript can serve as effective mirrors for the material culture of an affluent German Jewish family in the Early Modern period. The complete Nuremberg Miscellany is reproduced in the appendix of this book. 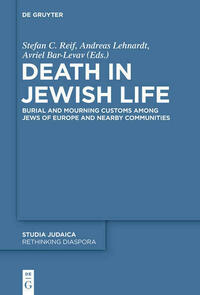