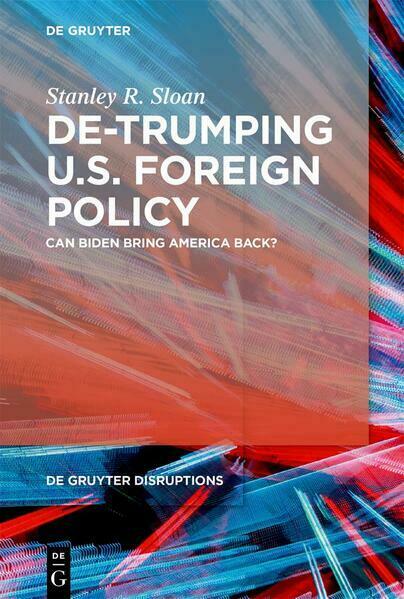 America’s reputation and power fell to new lows during Trump’s presidency. Militarily, the United States held its own, but its soft power suffered mightily. President Biden pledges to work with the international community, rely on cooperation with like-minded allies, challenge adversaries, and restore American democracy, society and economy to levels that will once again command international respect. De-Trumping U.S. Foreign Policy will address the objectives, obstacles, and potential outcomes of this attempt over the next few years. Sloan evaluates both elite and public opinion from democratic allies around the world, plus elite opinions from states less friendly to the United States. He documents and analyses Biden’s approach to foreign policy and his goals for the U.S. role in the world. The volume will also examine how Biden’s domestic policy objectives, in the areas of the pandemic, systemic racism, political equity, the economy and climate change, relate to his foreign policy goals. The early steps made by Biden will be laid out and evaluated and hidden chances of success or failure will be measured, with a striking analysis of what failure might mean for the USA and the world.